Terry Sanders is a teacher at heart. He will tell you so, but he doesn’t need to—his love for teaching is immediately clear. This is obvious when Terry takes the time to expand upon the benefits of the “eggbeater” rudiment—first by weaving a rich history of the household eggbeater, from his early experiences with a hand-held iteration baking treats at his great aunt's house to its current mechanized state, then by patiently talking me—someone not blessed with a musical bent —through the exercise.

This natural aptitude for education comes as no surprise, given that Terry has dedicated nearly 40 years to tending the next generation of percussionists. Terry’s resume is long and alive with beloved memories with close friends. He has served as the Co-Percussion Caption Head and arranger at Florida Wave Drum and Bugle Corps, where he also marched, from 1980 to 1981. He was the Director of Percussion at Escambia High School in Pensacola, Florida, for over 30 years, during which time he amassed over 40 caption awards, WGI finalist performances in every scholastic classification, and beaming pride for the shows he has lovingly helped create—“Four Little Girls” from 2004 and “Endless Love” in 2016 are among his favorites. He has also contributed heavily as the Program Coordinator for Bronze medalist Freedom Independent Percussion Ensemble and DCI Open Class Finalist Southwind Drum and Bugle Corps, and many more. Terry is quick to point out that he has always preferred to work with “people who could use the help” versus chasing accolades.

Outside of a short stint as a woodwind player in middle and high school, Terry is a lifelong drummer. From playing his brother’s drum set at the age of seven to studying privately under Sergeant Carl Griggs of the US Marine Drum and Bugle Corps, Terry’s percussion education is extensive and rife with influential experiences. Terry also earned his degree in Music Education and Computer Science from Troy State University. This dual degree is an apt reflection of Terry’s life, as he serves not only as a dedicated member of the WGI community, but as the IT Director of a district courthouse.

In addition to his parallel careers in IT leadership and percussion education, Terry actively serves as a WGI Percussion Judge—an opportunity he sees as a natural extension of his love for teaching.

“One of the joys I get out of judging—especially at the WGI level—is sharing my 30 years of teaching experience with people,” Terry says, “I’ve been teaching all my life, and judging is another form of teaching for me.” 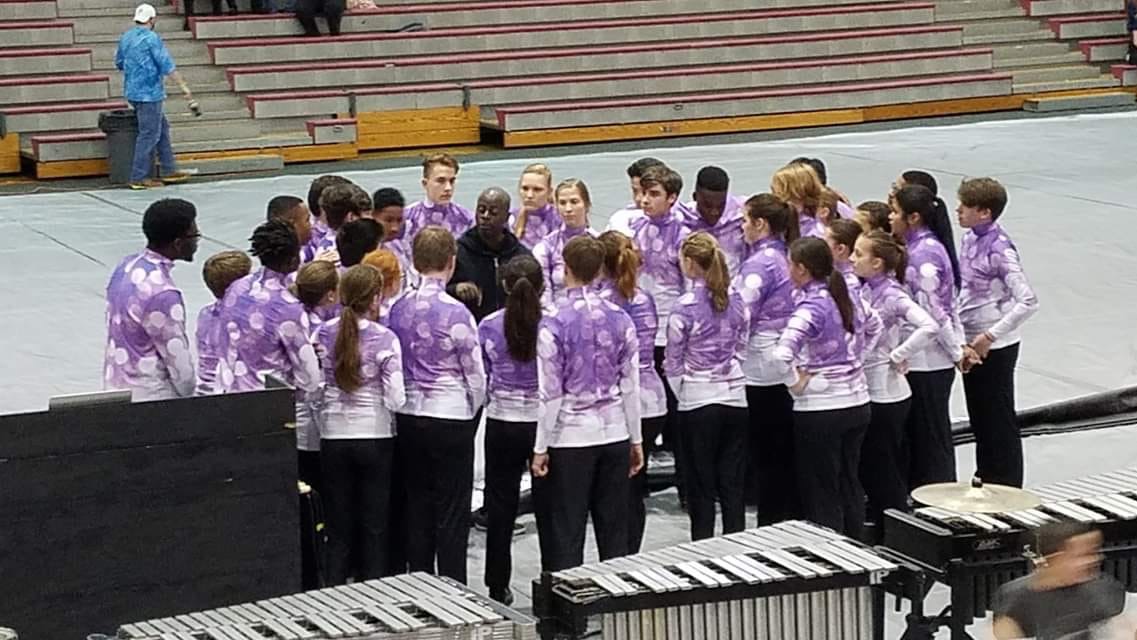 Terry cut his teeth judging by asking to adjudicate local mom-and-pop band shows, listening to tapes by judges like Peter Funari and Jeff Prosperie, and asking peers what he could do better. Terry’s grit has taken him far in the percussion world. He is the Vice-President and Judge Coordinator for the Gulf Coast Color Guard and Percussion Circuit, a longtime contributor to the WGI Percussion Advisory Board, an active member of the Percussive Arts Society, and a dedicated member of the PAS Marching Percussion Committee and PAS Diversity Alliance.

Most recently, Terry has added WGI’s new Diversity, Equity, and Inclusion Committee to his service. In the face of a tumultuous year and longstanding inequities in the activity, Terry says he was animated by an overwhelming “need to do more.” As the second Black man to serve on the WGI percussion judges panel after drumming great, Ralph Hardimon, Terry is ready to be at the root of change in the percussion community.

“We need to come back better than before,” Terry says, emphasizing the desire to build a brighter future for the performers who are hungry to get back to the activity after COVID-19. 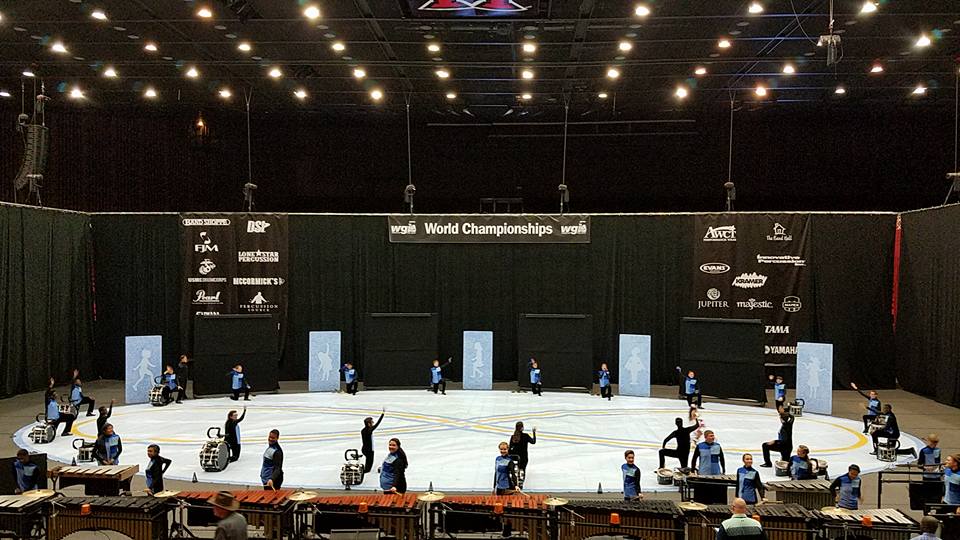 When Terry speaks about his work with the DEI committee, his words are alight with a distinct hope for the future: “I can’t tell you how wonderful it’s been to be a part of this talented and cohesive group.”

As a member of the committee, Terry’s focus is on fostering growth by improving accessibility to the WGI community. Of his philosophy on outreach and recruiting, he says, “Don’t just go to the affluent school high on the hill, go to the school across the tracks with no lunchroom...you don’t know how many lives you’re going to touch that day. Just go!”

Terry’s outlook hearkens back to his own beginning in the marching arts. As a young boy living in the inner city, Terry remembers his first brush with competitive pageantry as a formative moment in his life. “My high school band director took me to a drum corps show in Atlanta, Georgia—I’ll never forget it—seeing seven drum and bugle corps, my life was changed forever as a 14-year-old. I knew I had to be a part of that for the rest of my life.”

This lifelong love for the activity burns in Terry’s thoughts of “growing WGI in every community.” He is hopeful that his experience is not unique: “Even if it’s two kids from a school of 700 who become interested in music or guard. Go. It’s worth it.”

Terry speaks passionately about the importance of representation and his goals for providing it to up-and-coming generations.

“For people and kids—if you can see someone in that position, you can see that it’s achievable,” he says, thinking of job interviews where he was able to see other people of color in his prospective position.

“This is something that’s important to the POC experience,” he says, "I can't tell you the joy that I feel when I see people of color’s expressions change when they walk into critique and see me. It makes a difference."

Terry is ready and excited to be that difference: “Now people see me, they see it's achievable—but in a critique setting, directors get the truth, the whole truth, and nothing but the truth!" 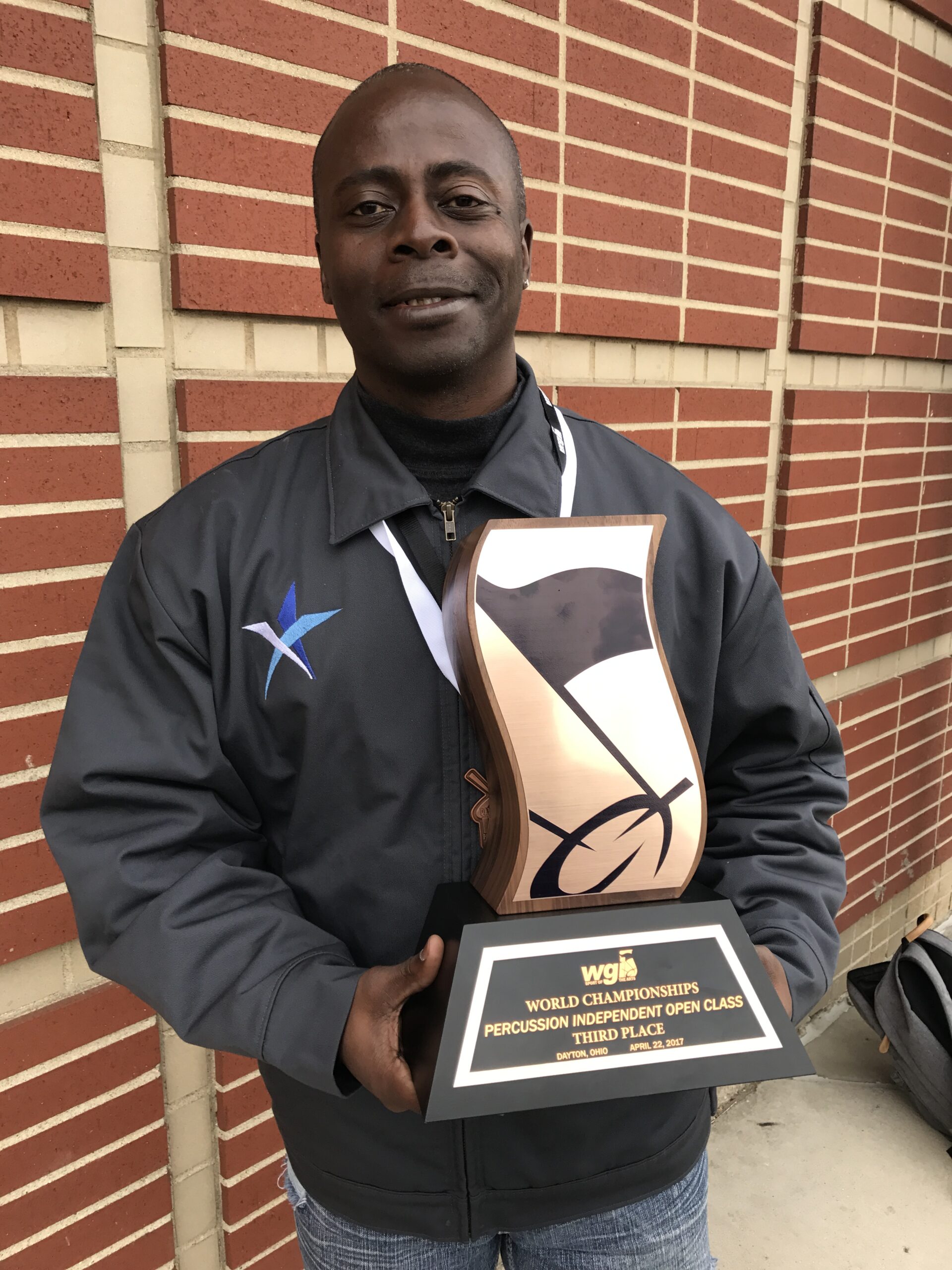 Terry, who has made significant contributions to the landscape of WGI Percussion—from the number of finalists to details on the judging sheets to the number of representatives appointed to the WGI Advisory Board—outlines the most important aspects of growing the community: inclusive storytelling, more extensive outreach, richer networking, and plenty of careful listening. He dreams of widening the focus beyond the people who are already in the community and inviting those who have not yet experienced the joys of the sport of the arts.

ABOUT THE AUTHOR: Jenny Lyons is a freelance writer and master’s student of writing at San Francisco State University. She has a BA in Literary Journalism from the University of California, Irvine. She is an alumna of WGI, having performed with the Santa Clara Vanguard Winter Guard from 2013 to 2015, during which time she was fortunate enough to become a WGI World Champion. Jenny has also marched with several drum corps including the Santa Clara Vanguard. When she is not writing, Jenny can be found continuing her passion for color guard through teaching in the Bay Area and serving as caption head to the Vanguard Cadets.